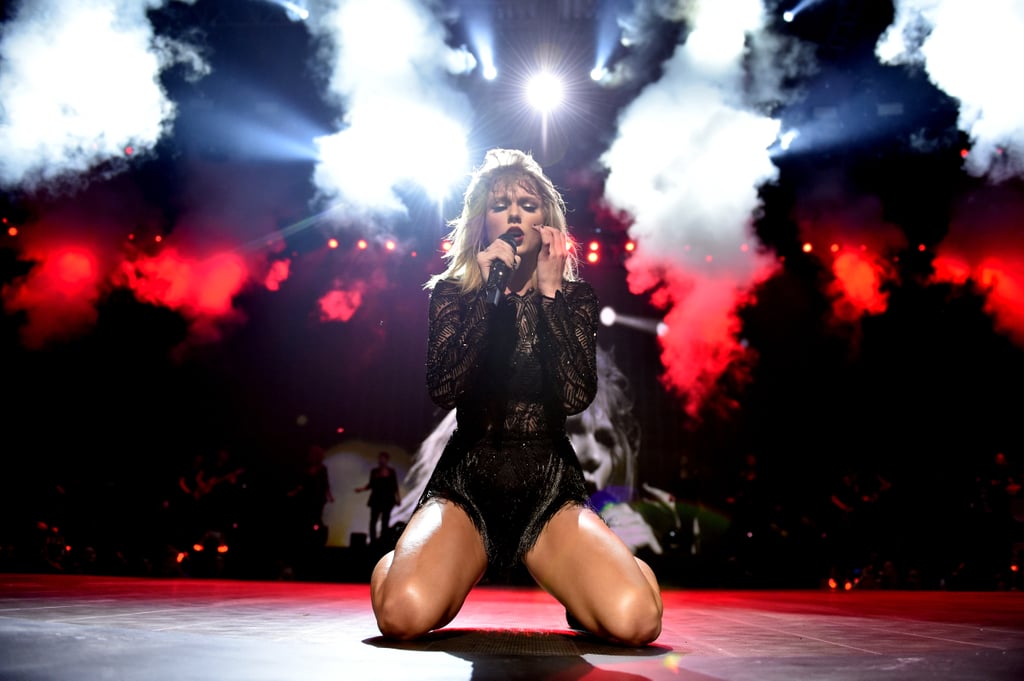 Taylor Swift dropped bomb at her pre-Super Bowl concert, telling the audience members that were “attending 100 percent of [her] tour dates.” Many were shocked by the 27 year-olds announcement hoping that the 10 time Grammy winner will make an appearance other than at a pre-Super Bowl concert in 2017.

She performed at Houston’s Club Nomadic, for, reportedly, the smallest number of fans in some time — 9,000 people is intimate for this pop star.

The Pennsylvania native has been constructing songs since the tender age of 5 and hit it big at 16. Hits like “Love Story” and “You Belong With Me” appealed to country and pop fans alike and helped fuel the multiplatinum success of her albums, with Fearless the 2009 top-seller. Swift later became a pop juggernaut with the 2014 album 1989.

This steamroller pop star has won numerous awards, including 10 Grammy awards, 8 Country Music Awards, 23 Billboard Awards, and even holds 5 Guinness World Records. She’s even a recognized as role model for young girls and has empowered young woman to take charge in the world.

With all her success and worldwide fame, it’s a hard pill to swallow for any Taytay fan not to see her perform. Though it is possible that the pop star will go on tour in late 2017, but nothing is written in stone. As of today, Taylor Swift’s only performance was on Sunday, February 5th.

The 27 year-old has been bulldozing through the world since her starting success at the age of 16, and it’s only understandable that she’d want to take a break from the lime light. Though, who knows, maybe an amazing new album will come out of Swifts radio silence. 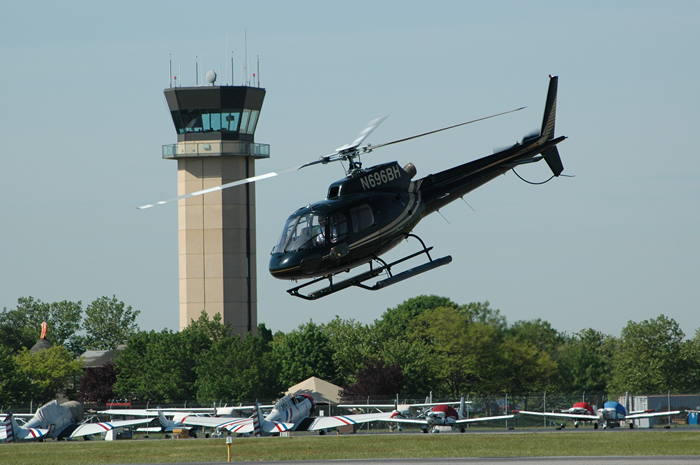 At 12:15pm on Wednesday March 1, 2017, police received a call about a bomb at Republic Airport in East Farmingdale, NY. In the wake of the call, Suffolk County Police evacuated the small mid-island airport before doing an extensive sweep of the facilities.

Suffolk Police and investigative authorities gave the “all clear” after nothing was found.

The bomb threat is one of many reported over the last few days, those to Jewish Community Centers along the East Coast.

Republic Airport is a small mid-island hub known for recreation and business flying. The Airport, located on a large stretch of Route 110 in Farmingdale, is also known for its flight schooling, offering courses out of Farmingdale State College, for their Aviation Museum featuring World War II fighter planes, and is where locals go to see the Blue Angels practice before their Memorial Day showing at Jones Beach.

It’s strange to feel like an only child when you

have two older siblings, but it’s not unjustifiable when there’s a thirteen and fifteen year gap between the elder children and the baby. Such is the case for Billie Langon, now 22 years old. Billie’s sisters, Alyson (36) and Sara (35), had gone away to college by time her toddler mind was making connections between who the important people in her life are.

Billie told this reporter: “Alyson and Sara were there when I was younger, but I never really associated who they were to family. They were just two older girls that hung around a lot. It wasn’t really until 2nd Grade or so that it clicked that they were my sisters.”

Billie was born in January of 1995 in Farmingdale, NY to Billy and Dianne Langon, with sisters Alyson and Sara just hitting high school age. Through all her milestones, the teenagers were off with friends and going through club activities like normal teenagers in the late 90s.

“On field trips when our mother was a chaperon, Billie would tag along. She was kind of like our little mascot,” Alyson told us.

In 1999, Alyson graduated Farmingdale High School and went to SUNY Potsdam. A year later, Sara graduated and went away to the University of Delaware and then transferred to Five Towns College in Dix Hills, NY. This is was when Billie started school, when Alyson was away Upstate and Sara was gone at classes all day.

Billie grew up entertaining herself or playing with her next door neighbor, rarely having contact with her sisters and her parents going through a divorce. In 2001, Billy and Dianne Langon divorced, and Billie felt even more alone.

At the age of 6, Billie spent more time with her grandparents than she did her own, and made friends that were more like sisters than the two she already had.

When Billie hit high school age and she eventually grew apart from the friends she made throughout the years, she grew closer to her sisters. Alyson got married in 2011 and it brought them all closer. Billie considers Sara to be like a twin, especially when they say the same sentence together as if they shared a brain.

The Start of the Tebow Experiment

In early August 2016, Tim Tebow made announcements that he was interested in pursuing a career in professional baseball and invited all 30 Major League Baseball teams to his open tryout at the end of August.

Tebow has not played baseball full-time since 2005, his junior year in high school, when he was an all-state player and the Los Angeles Angels of Anaheim expressed interest in drafting him had he played his senior year. Additionally, he had a tryout with and received interest from the Los Angeles Dodgers prior to the 2016 Major League Baseball season.

On August 9, Tebow received contract offers (without tryouts) from two minor independent professional teams: the Schaumburg Boomers of the Frontier League and the Southern Maryland Blue Crabs of the Atlantic League of Professional Baseball. On the day before his tryout, Tebow was also offered a contract by Águilas del Zulia, a team in the Venezuelan Professional Baseball League which plays winter baseball. Tebow held his tryout on August 30 at Dedeaux Field in front of 40 MLB scouts (from 28 of the 30 MLB teams), Dodgers scouting director Billy Gasparino, and 50 members of the media.

On September 8, 2016, Tebow signed a minor league contract with the New York Mets and participated in the Mets’ instructional league. In his first at-bat with the organization, on September 28, 2016, Tebow hit a home run on the first pitch. The Mets assigned him to the Scottsdale Scorpions of the Arizona Fall League, where he batted .194 in 70 plate appearances, with 20 strikeouts in 62 at-bats. Tebow will begin the 2017 season with the Columbia Fireflies of the Class A South Atlantic League.

Two high school seniors have a tough choice ahead of them after being accepted into all 8 Ivy League schools. Ifroma White-Thrope from New Jersey and Martian Altenburg from North Dakota have to choose from Harvard, Yale, Cornell, Columbia, the University of Pennsylvania, Princeton, Dartmouth, and Bro

wn as the school they will be starting come the fall. It’s not easy to get into an Ivy League school, but the last four years say one student each achieve such a feet: Kwasi Enin in 2014, Harold Ekeh in 2015, and Kelly Hyles in 2016.

sdfa
White-Thrope applied to all 8 schools because she wants to study Biology and since all Ivy schools “have great research facilities” she decide to apply to all of them. Ifeoma White-Thorpe said she was shaking when she got the eighth acceptance letter. “I was like, oh my gosh, oh my gosh, like this might be eight out of eight and I clicked it and it said ‘Congratulations’ and I was like oh my goodness!”

asda
Altenburg said “I wanted to just apply to as many schools as possible because … I wasn’t sure where I’d get in and where I wouldn’t get in,” Well, that strategy obviously worked. “Yale was the last letter I opened,” he said. “And I was like, ‘OK, if I get into this, I’ve gotten into all eight Ivy Leagues.’”

asda
Congratulations Ifroma and Martian, we wish you all the success in the future!

Enter the World of Fandoms

Here is a short guide into the world of fandoms, where fans of a particular work (ex. Supernatural, Doctor Who, Harry Potter, ect…) come together on website such as Tumblr to create communities in which they can interact with each other and share ideas. If you’re new to the concept of Fandoms, hopefully this video will be educational for you!

Tuesday’s game when the Saint Louis Cardinals hosted the Chicago Cubs took an interesting turn in the 5th inning when the home team outfielder, Stephen Piscotty came up to bat.

Piscotty took a fastball from Cubs Pitcher Jake Arrieta to his right elbow, earning him a place at first base. When trying to steal second, Piscotty got drilled in his other elbow by Cubs catcher Willson Contreras. Finally, on his way to home plate, scoring the only Cardinals run that night, Piscotty takes a ball to the head from Cubs infielder Javier Baez, who was throwing the ball home.

Piscotty, who never lost consciousness, was forced to follow Concussion procedure, and exited the game. Piscotty was cleared to play Wednesday night game, but it was postponed due to inclement weather in the St. Louis area.

Here is a mashup of the famous Scott Sterling videos dubbed on Piscotty’s trip around the bases.

For college students in New York attending CUNY and SUNY, college is about to get whole lot easier…but there’s a catch. You have to guarantee you’ll stay in New York State after you graduate for X amount of years.  Gov. Andrew Cuomo said Monday, April 10th, that the requirement was added to protect the state’s investment in a student’s education by ensuring they don’t take advantage of free tuition and then leave New York.

The rule wasn’t a part of Cuomo’s free college tuition proposal when he unveiled it in January but was inserted during fina
l negotiations with lawmakers over the state budget, which was approved Sunday.

Students who receive free tuition and then leave the state for an advanced degree won’t have to pay the money back assuming they return to New York once they complete their graduate studies. State officials also plan to make accommodations for graduates who leave the state for military service.

As part of the budget, lawmakers also approved a new tuition assistance program for students at private colleges and universities that offers up to $3,000 in tuition grants. That assistance also comes with a requirement that a student remain in New York after graduation for the same number of years they received the benefit.

Gluten Free and Why It’s Important

My experience after being diagnosed with Celiac Disease in 2013.

You’ve probably heard the term “Gluten Free” before and have wondered what that meant. Why are all these restaurants offering GF options? Why are people eating GF? Well, first you have to ask…What is Gluten? Gluten is a protein found in wheat, barley and rye which is what makes up everyone’s favorite foods and drinks such as bread, pasta and most alcohol. I bet you’re wondering now: “Why would someone subject themselves to a life without bread or pasta!?” Well, a gluten free diet isn’t designed for everyone. It’s for people who are diagnosed with Celiac Disease.

One thought on “Billie Langon”